Wiesenportz Enterprises, Inc. (originally licensed under the name of GlobalDyne Technologies) was founded in 1994 and forged moderate success with contracts that provided Mechanical Engineering services in the Automotive Manufacturing and Recreational Sports Equipment industries. These projects were technical in nature, but not to the extent of which the founder, Dennis M. Knippel, had envisioned.

Shortly thereafter in 1995, the company's focus shifted to the bourgeoning Information Technology (IT) industry in hopes of satisfying a craving for scientific challenges. While developing software, administering databases, and modeling international business and data processes, the company (at that time doing business as Global Technologies) gained IT consulting experience in numerous sectors such as health care, insurance, textiles, energy, telecom, finance, real estate, construction, etc. In November, 2000 the company morphed into a multinational corporation called Technology Tribe, Inc. and continued its success in the IT industry over the next four years. But always there was a void of any real scientific challenge.

Then in 2004, just ten years after its inception, the company took a radical turn and decided to realign itself with its origins in Mechanical Engineering. The next four years would recondition the company's science hungry stamina by taking on challenges requiring practical applications of math, physics, chemistry, etc. --> what it regarded as real engineering! The approach was as radical as the change in business: walk away from the virtual world of computers and stimulate your brain with a plethora of hands-on projects. This was fueled by the founder's memories of a college summer project during which a humble wooden sailing skiff was built. The company's name was changed to Wiesenportz Marine Co.

By 2008 the company had completed numerous projects, each of which aligning itself closer to the science based vision it was founded upon. These challenges included general construction and remodeling, furniture making, cabinetry and casework, wooden boatbuilding and repair, commercial dive work with hydraulic applications, and mechanical system design for super yachts. Surprisingly, even though it had sought to disconnect itself from the IT industry, the company was continually reminded of its ties to software, databases, and networks. Once again, the company was driven to adapt its strategic vision; one that harmoniously aligned both its scientific origins with its IT proficiency. In its third infancy, this has manifested in the form of enterprise solutions involving the mechanization and automation of manufacturing surgical equipment and intertia sensors, as well as custom software enhancements for robotics and CAD platforms. By now, the company had also accumulated over a decade's worth of trench warfare like business savvy from intimate business relations involving small companies, as well as some of the world's largest corporations.

Efficiently combining so many broadly related experiences is a challenge for both a company and an individual. However, the Wiesenportz legacy has resiliently thrived in a multitude of environments. Ultimately, this diversity strengthens and focuses any entity that embraces it. With this reflection upon the company's past, we are able to continue into the present with much humility, a bit of wisdom, and an ever growing set of skills.

Where are we now and what do we do? Well, we are definitely "back in the game" with a fresh perspective and skills set targeting scientific and engineering challenges.

Wiesenportz Enterprises, Inc. is once again proud to offer products and services ranging from robotics/mechtronics software development to CAD platform integrations to medical/instrumentation solutions to well, who knows what... We will eagerly satisfy your company's Engineering and IT needs with integrated solutions to propel your company light years ahead of the competition! We have a vast array of experience and access to resources to help solve your business challenges.

Confident and competent from the unique history that has formed Wiesenportz; we humbly suggest that perhaps your company could also benefit from the combined discipline of Engineers, the vision of Scientists, and the energy of Dreamers!

With both humility and pride, we are able to look at our PAST and our PRESENT; knowing that we haven't always chosen the easiest path. Doing so would only promote complacency and ultimately result in mediocrity. To our greatest extent possible, we've pursued a vision of monumental improvements. Quite often these visions have been perceived as misaligned, impossible, or just pure fantasy. We've been asked by others, as well as by ourselves: Are these goals easy to accomplish? Undoubtedly, they are not. Will they manifest themselves into the exact form originally perceived by their founder? Highly unlikely; but please show us some that have. Will most of the "experts" say these ideas are just scientifically impossible? We're not really sure, but perhaps a reflection into the past can provide us all some guidance...

If you were alive in 1439 when Johannes Gutenberg developed the printing press and you suggested that someday a technology that doesn't use ink or paper and is distributed via a medium that hadn't been invented yet and would allow millions of people from around the world to read the same document instantaneously; do you think people would have believed you? Well, here you are over 500 years later using that technology and calling it the Internet. As you ponder that scenario, Wiesenportz Enterprises will be eagerly pursuing the following goals of scientific evolution:

Any of these catch your attention? Sound mildly interesting? Or perhaps just entertaining? Curious to learn more? So are we... and within that curiosity lies our FUTURE... 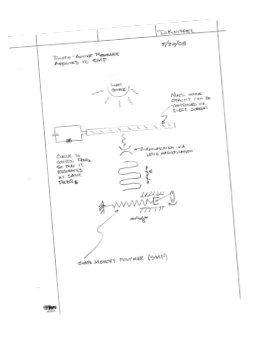 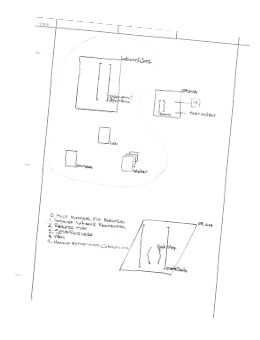 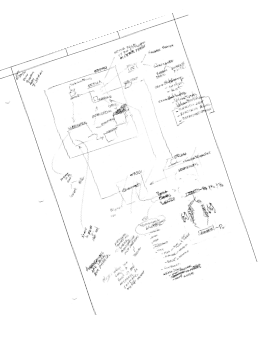 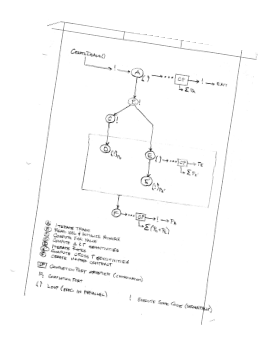